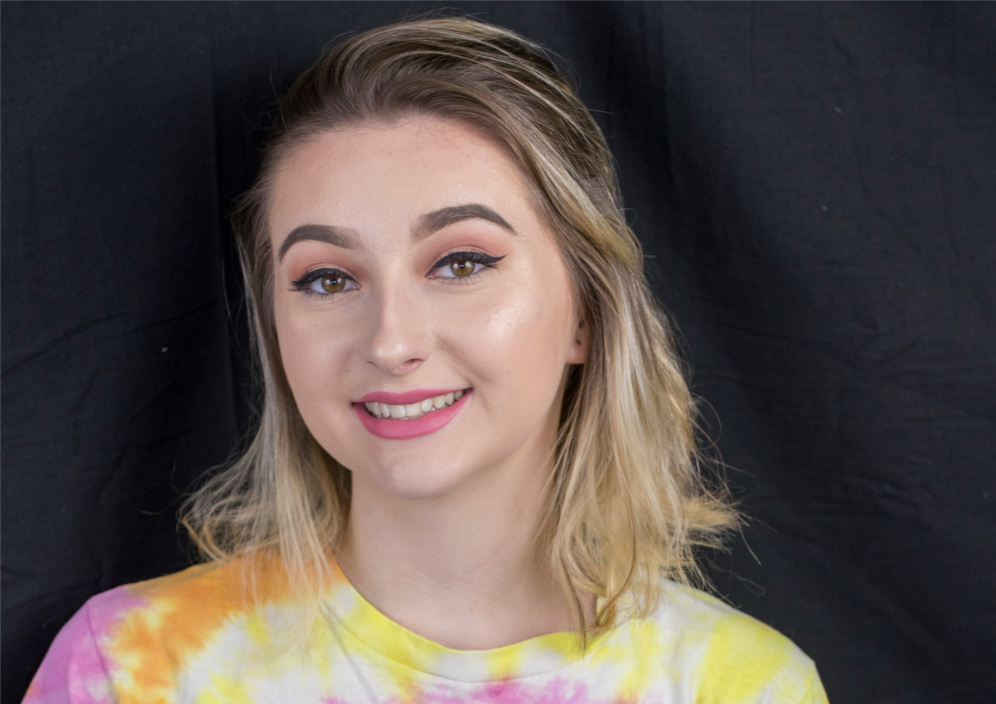 There can be a misconception that prediabetes and type 2 diabetes are things that younger people don’t really need to worry about. But on a visit to her eye doctor while she was still in high school, Taylor Pratt (at right), of Letcher County, got the surprising news that one of her optic nerves was swollen. And this turned out to be an effect of elevated blood glucose. Her A1C (a measure of how much glucose, or sugar, is in your bloodstream) results came back just shy of being officially in the prediabetes range, but still high enough that Taylor would need to make some lifestyle changes before it got worse, or even turned into full-blown type 2. “It was kind of like a shock,” Taylor says.

She was able to make those changes, though, especially in what she ate (“I used to eat a whole box of Little Debbie cakes by myself!”, she says) and in how much physical activity she got in. And in this piece, she talks about: her diagnosis; her eating habits, old and new; how much better she felt once she started to eat differently and exercise more; and how she wishes that more young people were taught about diabetes in school, so that maybe she could’ve prevented her own issue before it ever started.

Music in this story (“Bergen County Farewell” and “Going Back to East Montgomery”) was performed by Glenn Jones, and can be found at the Free Music Archive.


Click here for the full transcript of this story:

They never really, like, taught me anything in school about diabetes or anything… I feel like if everybody would learn about it, they wouldn’t even have to be in the position to be diagnosed as, like, prediabetic, or anything before that, like the situation I was in.

My name is Taylor Pratt, and I’m from Ermine originally, but I live in Whitesburg.

Well, I’m going to tell you the story of how I found out. A couple years ago, I was still in high school, I had, like, really poor eating habits. Like, I would bring a whole box of Little Debbie cakes and a half-gallon of milk a day, and drink it and eat it. And I was always just so tired, and fatigued.

And I went to my eye doctor, because every year, I go to the eye doctor. And when the eye doctor looked at my eyes, she said, ‘There’s something not right in there. I’m going to send you to a specialist.’ And me and my Mom, we were kind of freaking out, because I’ve never had anything wrong with my eyes. But when I went to the specialist, he looked at them, and he said my right optic nerve was, like, really swelled. And he said that only happens to women that’s overweight.  So he sent me to the doctor. And that’s when I found out I had some diabetic problems.

Well, I’ve never really had anybody in my family have diabetic problems, so it was kind of like a shock. But, I mean, I’m working really hard to prevent that. I started going to the gym, working out a little bit, and, just eating a lot of healthier foods.

Like, I used to be just really bad to eat just any type of sweets. And now that I’ve really cut back and started eating a lot of good food—fruits, vegetables, and stuff like that—I just feel like it tastes completely different now. It’s, like, not the same. I still eat sweets, but not in the way that I used to.

And I started cutting back on a lot of carbs. I started drinking a lot more water. And Dr. Pepper is… I feel like that’s what powers my big engine here, and I feel like I can’t live without it. So I’ve just cut a lot out. I used to drink, like—this is so bad—I’d drink, like, a 24 pack in 2 or 3 days. That’s a lot of sugar. Now, every time I get paid, I’ll only buy a 12-pack of Dr Pepper, and keep it in the fridge, and not buy another one until I get paid again.

It’s okay to eat what you normally eat, in moderation. It’s just… people overdo it, like me. Like I told you, I used to eat a whole box of Little Debbie cakes by myself. That’s not healthy. That’s not what healthy looks like. And I wish at that age I was I knew that.

In middle school, and elementary, I’ve always played sports and stuff. I’ve always been active. But, when I got into high school, I just quit playing sports, quit being active, and I think that played a big role into my health. Like, I used to just wake up and have a headache and not feel like I had a full night’s sleep, or felt healthy. I think when I started going to the gym, that’s when things really started to change. Because I just, like, woke up and felt really great. You need to, like, work all of the stuff in your body out. And I think going to the gym, and just, like, daily exercise really helps a lot with that.

They never really taught me anything in school about diabetes or anything. I wish they would teach it in schools.  Just to teach kids, like: sugars are good, but they’re also very bad. And some people’s bodies, they’re just not processing those sugars correctly. And I think that’s where I don’t have a lot of knowledge; like, I don’t know how that whole process works. And it would be really helpful if I did know.  Because if I don’t start being better, and watching my sugar and A1Cs and all that, type 2 will develop with me. And I feel like if everybody would learn about it, they wouldn’t even have to be in the position to be diagnosed as, like, prediabetic, or anything before that, like the situation I was in.

I don’t think they really know how serious diabetes is in our region, because… I just feel like if they’re not told they have that problem, they’re not worried about it. Or if they don’t have somebody in their family that has that problem, they’re not worried about it. But people do not know how much insulin costs. It is outrageous to see people—personally that I’ve made friends with—talk about how expensive that is. That breaks my heart. Because in a lot of other countries, it is not hardly anything to pay for. And I just feel like, thinking about how our country is— why should we have to pay so much for a medication that keeps people alive? I just feel like if a lot of people knew how expensive it was, and how hard it is to maintain your body and stuff, I feel like they would definitely be more conscious about what they eat and how they take care of theirself.

I would definitely go and get an A1C [test] just to make sure, because that’s what I had to do.  But an A1C is basically a little blood test that they take, to see—I guess it’s your glucose levels—for the past 3 months. And that’s what diagnoses a lot of prediabetes.

If someone in your life, whether it’s somebody you’re blood-kin to, or just somebody you know, for their sake—so you know how much they have to go through, for your sake and their sake, just go make sure that you don’t have any health problems. Because if you don’t find out soon enough, it can affect you in the long run, for sure.

Type 2 diabetes, if you’re diagnosed as prediabetic… it’s preventable. You can just take care of yourself and prevent that.