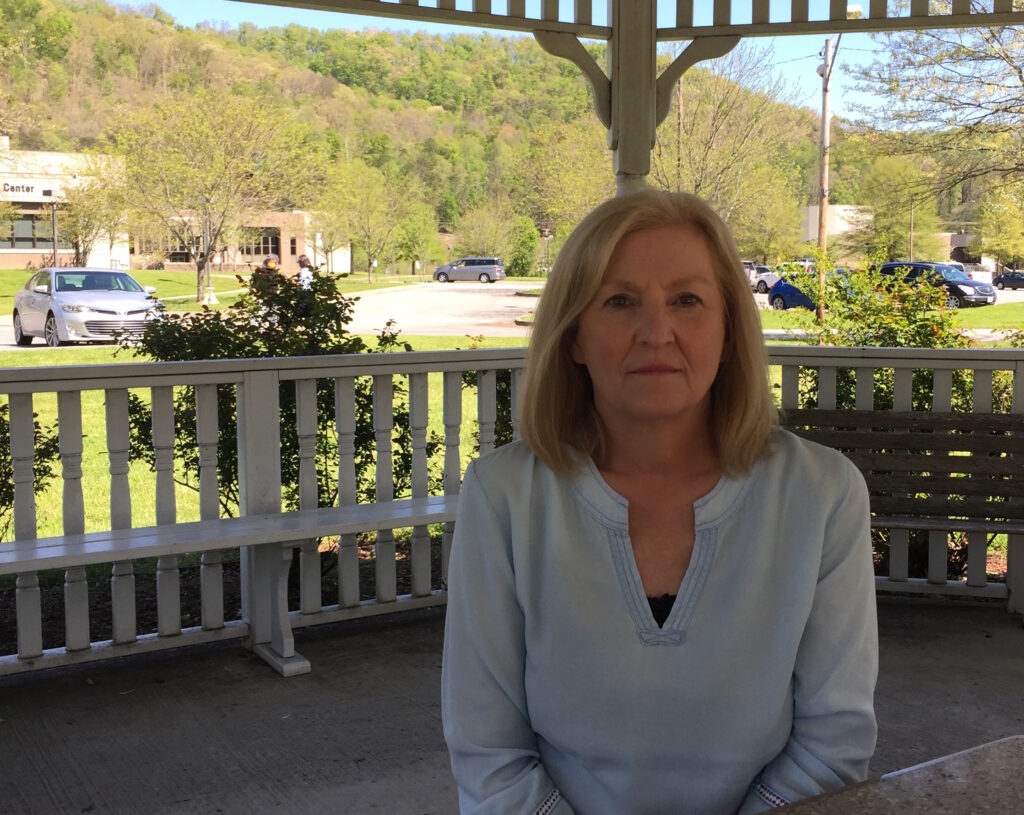 As a caretaker, it can be easy to put your own health on the back-burner. And that’s just what had happened to Carol Sturgill, of Harold, Ky.

As Carol says in this audio story, after becoming a caretaker, she stopped exercising as much as she had previously, and she would often “just grab food here and there.” And over time, she says, this (and other stressors) led to gaining weight, trouble sleeping, and just feeling unhealthy overall.

So, last year, when Carol’s friend Dianna Ross invited her to join the Diabetes Prevention Program (DPP), a lifestyle change program offered through the Floyd County Health Department, Carol decided to give it a shot. She didn’t necessarily feel like she was at high risk for diabetes herself— but, she says, she knew the consequences of the disease, because her husband had dealt with it for years, and if a program designed to prevent type 2 could help her overall health, she was willing to try it out.

And her results were pretty dramatic: within 6-7 months in the DPP, she’d lost 35 lbs! And that’s weight she’s been able to keep off since. As she says about the program: “I’d been yo-yo dieting. [I’d] gradually put weight on through the years, and I’d start something, and then I would stop. But this, really, being accountable… it really inspired me.” And what’s more, she says: “I’m sleeping better. And you just feel better.”

Push play above to hear Carol’s story, or click below to read the full transcript of her story. And click here for more info on the DPP, which is offered at clinics and health departments all across Eastern Ky.

Music in this story (“Beware the Lone Star Tick” and “Traveling Riverside Blues”) was performed by Don Bikoff, and can be found at the Free Music Archive.

Well, I go by my middle name, Carol Sturgill. I live at Harold, Ky. I’m a retired state employee.

My husband was a severe diabetic. And I was used to, you know, preparing meals for him, and being aware of what he ate. I even had to give him his insulin shots and measure that out. And then he became bedfast, you know, and… I lost him in April of ’19. So.

But my weight gain, I think it was just— taking care of him; eating junk food; no activity. I had walked before, but then when he got sick, I stopped. And where I was a caretaker, you just grab food here and there, and that’s what got the weight on me!

Diabetes? Even through my grandfather had it, he had it when he was elderly. And nobody else in my family has ever had it. And my doctor even told me, he said, ‘You’re not in danger for it.’ But— I knew the importance of it because of my husband being a diabetic. I’ve seen it. I’ve been around it a lot.

Dianna, of course, is a family member—my husband’s first cousin—and she mentioned the program. And I’m like— I’ve been on these crazy diets on and off, and I had got to where I just wasn’t comfortable with my weight, and the way I was feeling, and I wasn’t sleeping good. And, like— here, I’m living by myself now, I can buy groceries that I need to, I don’t have to have this stuff in the house, and right now’s the time to get healthy. So, June the 8th of last year is when I started the program.

They send you lesson packets. And starting out, they’d call you every week, and take your weight down. And they’d go over the packet with you— what helped you, and discuss any problem areas. And then it goes down, after awhile it goes down to every two weeks, and then once a month. But you’ve still got that support staff there if you need them.

And the thing that worked for me— they sent you a food log. And everything that you put in your mouth goes on that log. And you count the fat calories, the number of calories you’re getting, and what time you’re eating. And when you’re having to put that on that little sheet of paper, you become more aware of it. And you’re looking at it like, ‘Man, I’ve got too much fat today. This says I should only have this many milligrams, and I’ve had this, and I’m not even halfway through the day!’ So, you read your packet: ‘What can I eat, how can I make a healthier choice?’ And that helped me more than anything.

When you start this, you’re going to have [an] “oh” moment: ‘Oh, I didn’t realize what I was putting into my body— why that I was gaining weight, or why I wasn’t losing!’

And then, where I was stuck in the house with my husband, I didn’t get any activity. It’s just, you know, as a caretaker, you can’t! And I started walking every day. So that, combined with being aware of what I ate, and making healthier food choices— get rid of the, what I call, junk food.

Like breads. I cut out white bread. Just eat wheat bread, you know, whole wheat, and not that much of it. A lot of vegetables, is what I focused on. And the way you prepare it— don’t fry. Don’t add a lot of fats to it. And I got used to bake, broil, or boil. And it wasn’t that hard!

And you can still have the sweets every now and then, if you bake a cake— you don’t have to cut it out for a lifetime. You just have to be sensible about it. Because you can’t just cut out everything and starve yourself. Because that’s what makes you… this yo-yo thing, and you end up going back off the diet. And that’s where I was making the mistake myself. But the information the Health Department provided me with got me through that, and showed me how to make the healthier choices. And when I make a cake now, I’ll keep about, maybe, a third of it, and give the rest to my neighbors! I don’t keep it around.

It was a lot easier for me than I expected. Because like I said, I’d been yo-yo dieting; gradually put weight on through the years, and I’d start something, and then I would stop. But this, really, being accountable, and knowing that she was going to call me—How much have you lost, or gained. And, okay, if I’m going to report this every week, I’m going to do it, and I’m going to do it right. And so, yeah, it really inspired me.

And it did help me, because I wasn’t sleeping; I wasn’t comfortable with my weight. I’m sleeping better. And you just feel better. And you can actually go to a store and find something that fits! I’m being honest, like— you go the clearance racks, all the bigger sizes are picked over. And there’s just the littler sizes. And now, I’m actually— I went to a clearance rack the other day, and I’m like, ‘Wow, I can actually do this now!’ So it’s changed a lot for me.

We started it in June of 2020, right after, really, the Covid [pandemic] was in full swing.

And I knew I would always take it, the vaccine. You’ve got to weigh the risk and benefits. And to me the benefits far outweigh the risks of it.

I’m basically healthy. But you’ve got people in the community that’s not as lucky as I am, that has these underlying conditions. And if they get it, it’s going to be a lot worse on them. Like, my uncle got it; he was 86, and he died. So, you’ve got to be aware of people like that, you know. How would you feel if you knew you’d give that to somebody, and they didn’t make it? It would devastate me.

I know one year, the flu vaccine was limited. And my doctor told me, he said, ‘Now, you know you have to be on the priority list.’ I’m like, ‘Why do I have to be priority? I don’t have any bad conditions.’ He says, ‘But your husband does. And if you carry the flu in on him, you’re going to kill him.’ And I thought of that with the Covid. For me, it was a non-issue, I knew I would do it. And I had zero side-effects.

It’s a diabetes program, which helps get your A1C down, by making you aware of what you’re eating and your activity level. But at the same time you’re doing that, it’s affecting other areas. Like, for one thing, my Dad had kidney disease. And my kidney functions were out of whack. I went on this program— all my labs and my kidney functions are now normal level. [And] I walk outside. I had osteopenia. I built up my bone mass— I no longer have osteopenia. So, diabetes affects all these other areas. And by controlling that, you’re getting healthy all the way around.

And I’ve got diabetics and friends that I’m trying to convince to take this next program. A couple I think I’ve talked into it. But they looked at me in church, and said, ‘What are you doing?’ And I told them what I was doing, and— ‘I can’t do that.’ And I’m like, ‘Yes, you can. It’s not hard. It’s one of the easiest programs I’ve ever been in, that works better than anything I’ve done.’

And to me, it’s not really a diet— it’s a lifestyle change. It’s making healthier choices. Becoming aware.